Jakarta: As we fly over the clear blue Java Sea, I notice the sand from a few scattered islands sloping into the clear waters. I glance again towards my right shoulder at the travel pack I have been reading, containing Indonesia’s country progress report and the objectives of our collaborative activities. I am part of a 9-member strong HITAP team approaching this mesmerizing Indonesian archipelago, containing islands said to be anywhere between 13 to 18 000. Indonesia is the fourth most populated country in the world with approximately 900 islands known to have a permanent human settlement. Its main island Java houses half of the 257.6 million people, while the other half of the population inhabit other islands in pockets. This certainly poses a veritable challenge for the provision of universal health coverage (UHC).

iDSI partners) will be shared in this three-day interaction with our collaborators from: Centre for Healthcare Financing under the Ministry of Health; the Healthcare Social Security Agency or the BPJS; the University of Indonesia; the Gadjah Mada University; members of the Health Technology Assessment Committee (HTAC); and, international partners such as PATH. HITAP aims to help the local research teams finalize four proposals of HTAs that will be conducted to improve Indonesia’s pharmaceutical reimbursement list.

The first two proposals are economic evaluations for targeted treatments cetuximab for metastatic colorectal cancer and bevacizumab for colon cancer. They are discussed together as they have comparable research objectives. The costs of these two interventions are strikingly high, so much so that they are not advised as first-line treatment options even in high-income countries like the UK. In the UK, cetuximab in combination with chemotherapy is only recommended for untreated metastatic cancer. In Thailand, both drugs are not recommended at all under their UHC. After cetuximab was included in the Indonesian national formulary in 2014 (until June-2016), it has already accounted for 6.5 billion IDR (O.5 Million USD) in treating only 32 patients.  Bevacizumab is similarly expensive and costs IDR 4.8 million/vial (100 mg in 4 ml) about 400 USD, that’s more than a return ticket from Jakarta to Biak, one of the furthest regions in Indonesia. The comparison here is made to appreciate not only the high cost of the intervention but also the need to address barriers to uptake. Distances between islands can be measured in many nautical miles and access is certainly a major barrier for this intervention with only 6 hospitals, located primarily in Java, having the capacity to diagnose and give treatment. Since targeted treatment for metastatic colon cancer prolongs life by a year and given the side effects from treatment and the debilitating effects of the disease, reflections were made on the utility a patient struggling with access is willing to make for an additional life year under targeted treatment. Therefore, the importance of using other less expensive strategies with lower side effects such as palliative care as comparators were emphasized in the study. This would give the study a holistic depth and an advantage to policy makers to deliberate all policy angles. Key emphasis was also made by HITAP for collecting data from the Indonesian nationals or from studies in comparable settings to add weight to findings in pushing for policy actions. 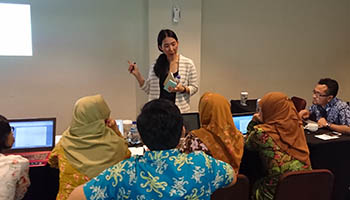 The third proposal is on Nilotinib, Imatinib and Hydroxy urea as possible first line therapy for Chronic Myeloid Leukaemia (CML).  The study proposes Dasatinib in combination with Nilotinib and Imatinib for second line therapy. Nilotinib and Imatinib are among the top 5 medicines with highest financial burden in the claims department. And though practice guidelines specify Imatinib as the first line medicine, the use of Nilotinib is currently higher. Over the course of discussions, the CML team opted for a mixed method study instead of an economic evaluation to: understand the process of approving Nilotinib use in Indonesia in comparison with other countries; evaluate factors influencing its prescription; and, identify any gaps in the reimbursement process which may lead to its overutilization.

Due to Indonesia’s high burden of type 2 diabetes (with a prevalence rate of 6.9 % among patients aged 15 years and above), the fourth study looks at insulin analog compared to more traditional human insulin. Insulin analogs priced 160,000 IDR or 12 USD per vial and are more widely available, with 96% of patients receiving insulin analogs, even though they are almost twice the price of human insulin (at 90,000 IDR or 6 USD per vial). The study aims to explore evidence for human insulin benefits to support scaling up its availability and prescription. 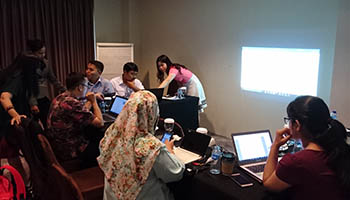 The three-day knowledge sharing and consultation process saw several key issues were identified and addressed, with consultation meetings including key comments from clinicians. The proposals had also evolved, with the focus shifting from purely economic evaluations to more need-based studies. HITAP teams also presented study risk evaluations to keep the studies on course.  The aim was not only to bring technical and knowledge skills but more so to focus on developing a well-designed study to help sound decision making for the benefit of patients in the largest economy in South East Asia.

This cross-country collaboration, with two countries openly sharing HTA knowledge and skills with each other, is perhaps a salient message not only for this region but for the global community. Thailand is taking a step further in Universal Health Coverage – towards compassion for other countries making efforts in UHC. Ironically, an advertisement for a major brand in Thamrin Street went that in the fashion industry there are no boundaries or borders, only ‘access.’ This resonates with me during our visit: the importance to involve compassion for countries committed to UHC especially those that may be facing either economic or technical hardships or both. 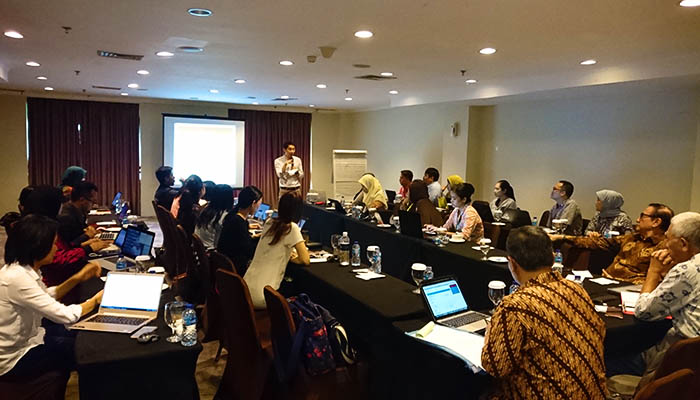