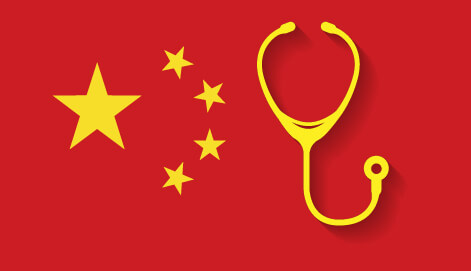 The new ministry has been launched following a sweeping reorganisation of China’s State Council and a set of institutional reforms.

The move is considered essential in supporting the Healthy China initiative and establishing comprehensive “cradle-to-grave” health services. The Congress has also announced the creation of a dedicated agency to coordinate China’s foreign aid policies.

Ma Xiaowei, Head of the National Health Commission, was previously vice-minister of the National Health and Family Planning Commission. At the launch of the China Health Policy and Technology Assessment Network in 2016 Mr Xiaowei described HTA as “a precondition for achieving Healthy China 2030…and a new approach to the supervision and reimbursement approach of the market economy in China.”

At the time of the launch the network was made up of 29 organisations, including many prominent Chinese universities, research institutes and hospitals, all under the leadership of iDSI core partner the China National Health and Development Research Centre and the previous National Health and Family Planning Commission.

By the network’s second annual meeting in November 2017, attended by Francis Ruiz and Professor Simon Dixon from the University of Sheffield, it was announced the network had grown to 37 organisations, all of which will be instrumental to the future institutionalisation of HTA in China.

Expertise from the iDSI network will play a key role in supporting CNHDRC and the network as a self-sustaining mechanism for translating evidence into policy when making priority setting decisions.

The momentum behind HTA in China has in part been facilitated by longstanding relationships between Imperial’s Global Health and Development Group (GHD, formerly NICE International) and the enthusiasm of Chinese policy makers following UK study tours to learn about the NHS approach to setting priorities fairly.

The study tours have involved talks from expert representatives from the Department of Health, the Medicine and the Healthcare Products Regulatory Agency, Public Health England, National Institute for Health and Care Excellence, the UK Health Forum and the London School of Economics.

The most recent tour took place over two weeks (agenda and slides can be viewed here) and was timed so key individuals from the NHFPC, CNHDRC and GHD could participate at the 5th UK-China People-to-People Health dialogue, attended by UK Secretary of State Jeremy Hunt; NHFPC Vice Minister Cui Li; and UK Minister for Public Health and Primary Care Steve Brine. Professor Kalipso Chalkidou and Professor Kun Zhao discussed the CNHDRC-Imperial collaboration to date and future work under the Gates Foundation grant to institutionalise HTA in China. Vice Premier Mme Liu Yandong and Mr Jeremy Hunt signed the joint statement on UK-China Dialogue achievements and future commitments, highlighting a commitment on both sides to support HTA capacity building through ongoing collaboration between CNHDRC and GHD. 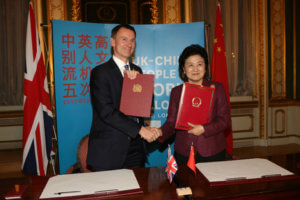